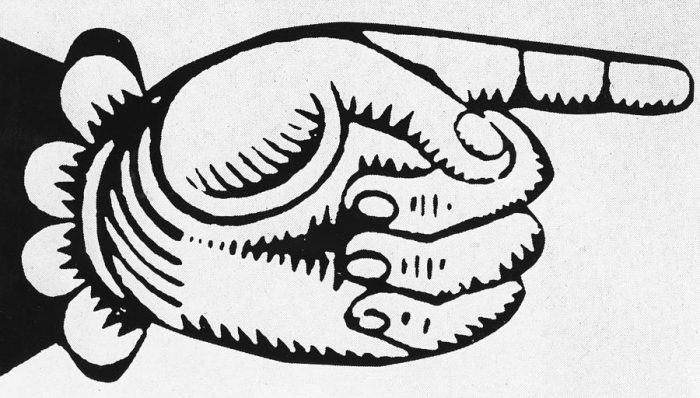 “When one is more objective one is better able to see their part in the system, the way he effects the emotional functioning of others and the way others effect his emotional functioning. More objectivity means one is better able to see the part he plays in creating the very problems in others that he then uses to justify his rejection of them. If one does not see himself as part of the system his only options are either to get others to change or to withdraw. If one does see himself as part of the system, he has a new option: to stay in contact and change self” (Bowen 1988, p 272).

The internet is brimming with articles on how to cut ties from ‘toxic’ family members or how to ‘remove toxic people from your life’. This may be a trend in pop psychology or current strands of psychology itself, whatever the case, it is a cause-and-effect view which blames someone for someone else’s upset. I’m not suggesting that there aren’t real predators and real victims of abuse out there, yet this generalised view takes a stress-relieving pattern, like cutting-off, as the solution to a disturbance in a relationship system.

Indeed, there is a difference between relieving upset, stress or discomfort in relationship to an important other in our life through distancing and cutting off, and thoughtfully considering what our part may be in the reciprocity. In my ten years of clinical practice I have observed that human beings are better able to see how an ‘other’ is negative, critical, jealous, reactive, plays the victim, doesn’t care, is irresponsible, self-centred, manipulates, is judgmental, immature, unavailable or clingy than how they might be displaying those behaviours. We are often very insightful when it comes to describing other people’s weaknesses. We study their behaviour, analyse their character, observe their temperament. This is mostly done through our own subjective lens, often when we are reacting to our mother’s intrusive phone call, our partner’s judgemental tone or our sister’s lack of sensitivity. We are rarely observing reality as is, what we see is tainted by our reactions to another person’s reactions. The calmer we are, the more aligned with reality, the more agitated the further away we find ourselves from facts. Indeed if we were to align more with observable facts not simply the meaning we give a person’s behaviour (i.e. ‘they are toxic) we would need to take into consideration not only what we observe in our boss, father or daughter but in ourselves in interaction with them. What is our part? What are we doing when they are being dismissive? What are we saying back in response to criticism? How are we managing our anger, anxiety and stress in interactions. Can we stay calm in the face of someone’s attack or criticism or do we join in the dance of reactivity, you attack I attack you back, you criticise I tell your best friend how negative you are, you judge me I ignore you.

Observing oneself is difficult. It requires effort, unlike observing what others are doing or not doing, keeping the focus on ourselves does not seem to come naturally to us. We expend a lot of time and energy thinking about how others should behave, how we’d like them to behave and attempting to change their behaviour. At times we succeed, our partner, son or colleague may be compliant, they are willing to change themselves to keep the peace. However, there are times we bump up against each other, two people want to change each other and neither is willing to budge, this often results in conflict. Another possibility is distancing or cutting off. If I have tried to change your behaviour, directly or indirectly and I haven’t succeeded, at some point I will begin to distance and if my reaction is intense enough I might even cut off. I might do this physically, by living far away from you or interrupting all contact, or I might do this emotionally, by maintaining superficial contact with you, I might not share with you what I really think or feel, I might smile, talk about the weather and tell my husband what I really think about you instead. It takes two to tango, it’s not just that one person cuts off, there is a dynamic in the relationship that if disturbed for long enough may eventually lead to both or one person distancing.

In observing ourselves however, we are less likely to play the blame-game and perceive toxicity as an entity outside of ourselves: ‘I need to get away from my mother, she is toxic’. Perhaps I have not seen the part I or other family members play in my mother being negative towards me. Perhaps my father found it difficult to calm his anxiety down when my mother was critical of him and instead of finding a more mature way to manage his discomfort (through boundary setting and defining what he was willing and not willing to do) he instead offloaded his frustration toward my mother onto me. In my father talking to me about his anger and frustration with my mother and describing her to me as ‘negative’ rather than openly discussing the problems he experienced directly with her, he and I became allies viewing my mother as negative. The more my mother felt excluded from the reciprocal closeness between my father and I the more she became judgemental of both my father and I, the more this reinforced our belief and our togetherness against and away from her. In viewing a behaviour we dislike in an important other in our life from a family systems theory lens, we must include not only ourselves but the complexity of the whole family. Then, a broader picture may open up to us, where there are no villains and saints but rather reciprocal patterns.

Of course if we have done the work of attempting to be more objective, more factual and neutral, toward a family member’s behaviour and we are still after some time of observing our part in the equation convinced that we want to distance or cut off then of course we do this. However, this will be done from a more mature and less emotionally reactive place, it will be a thoughtful decision which has come about from having carefully considered our contribution and the contribution of the overall family system to the behaviour of the person we are deciding we no longer want contact with in our life.