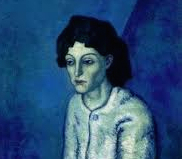 Drugs and alcohol have been used by human beings for millennia. Today, the ‘drug war’ receives near constant media attention even though most modern drugs were discovered and consumed many millennia ago. The prevalent view of addiction these days is that it is a disease which is genetically transmitted residing within the afflicted individual (the addict) and as such it should be diagnosed and treated. There is no doubt that the chemical and physiological structure of the brain changes from prolonged drug and alcohol use. With drugs releasing 2 to 10 times the amount of dopamine (feeling of pleasure) than natural rewards such as eating and sleeping it is easy to understand people’s motivation to take drugs again and again. There is also no doubt that genes play a part in people’s predisposition to substance addiction. However, we now also have enough evidence to suggest that genes are not the only factor contributing to pathogenesis or symptom development and that the environment plays an equal role.

From a Bowen Family Systems perspective addiction is the outcome of a system having exhausted its capacity to manage anxiety and stressors. Alcoholism or substance disorder is viewed as a symptom of the family, not only of the symptomatic individual. Bowen Family Systems Theory assumes that all important people in the family system play a part in the way family members function in relation to each other and in the way the symptom finally erupts. The symptom of drug and alcohol addiction comes about when anxiety is high in the family, the appearance of the symptom stirs even higher anxiety in those dependent on the one who drinks/ takes drugs. “The process of drinking to relieve anxiety, and increased family anxiety in response to drinking, can spiral into a functional collapse or become a chronic pattern” (Bowen, 1978).

Drug and alcohol addiction is a common human dysfunction- as a dysfunction it exists in the context of an imbalance in the functioning of a relationship system- from a theoretical point of view every important person/family member plays a part in the dysfunction of the symptomatic member. The role of the therapist in the current prevailing model of drug and alcohol treatment is to diagnose the pathology and treat the symptomatic individual, either through rehabilitation or a recovery program. This model of treatment focuses the attention and the problem on the symptomatic individual believing when the symptom vanishes so will the problem. There is of course a place for rehabilitation and recovery programs but these treat the symptom in its acute state not usually addressing the underlying issues.

Bowen Family Systems theory sees the symptom as belonging to the family system as a whole. An example of this is a family which is experiencing an increased level of anxiety. There are several factors contributing to this: the wife’s mother has died, she was an important person in the wife’s life and a great emotional support for her, the husband is experiencing pressure at work and feels stressed and consumed by this. The wife feels overwhelmed by the sudden lack of support and becomes more critical of her husband. The husband has a tendency to stay away from home when his wife becomes critical. The more he distances the more the wife feels overwhelmed, the more angry she becomes. The husband comes from a family which didn’t externalise its differences comfortably, family members tended to agree in order to avoid conflict, the husband doesn’t have much experience airing differences in a constructive manner. The wife judges him, she comes from a family where differences were aired, family members became a bit feisty but they ‘got over it quickly’, she also comes from a family that was ‘always there when you needed them’, she perceives her husband’s distance as an act of weakness, she takes it personally. The husband discovers that by consuming more alcohol his stress levels decrease, he doesn’t feel the emotional sting of his wife’s criticism as much. When he gets triggered by her criticism he pours another drink, he is able to avoid the unpleasant feelings which in turn fire off the reward system in his brain. The more he drinks the more he is able to ‘be there’ for his wife, his need to physically distance decreases, he can stick around and help soothe her, she feels more supported, she stops criticising him, they get on better. Until the drinking becomes a problem of its own, he is becoming reliant on the reward systems of the brain firing off each time he has a drink, his brain chemistry is changing. He needs more alcohol to feel the effect of the reward system. He starts to get drunk. The more he gets drunk the less he is able to function in other parts of his life, he is not eating as healthily, he is exercising less, he goes to bed late, he relies on his wife for his well being and the maintenance of the household. Now the wife is becoming concerned about his drinking, she picks up his load, she feels she has to look after him. She is starting to feel overwhelmed and unsupported again, she is also becoming resentful. The wife is convinced the problem is in his drinking. She starts criticising him. She starts asking him to stop. She tells him he has an issue. He feels the sting of her criticism again. He is not able to regulate his own reactivity and calm himself down. He doesn’t know how to stay objective and takes her criticism personally. The more unpleasant sensations he feels in his body the more bad he feels about himself the more he drinks to avoid the unpleasantness. She complains to her family and friends about his drinking labelling him an ‘alcoholic’. Her family agree, they openly criticise him and worry about him, the more they do this the more the wife’s reactivity toward her husband increases. She finds it hard to think of anything else, her time is consumed by wanting her husband to stop drinking.

Bowen Family Systems Theory helps us conceptualise the part each member plays. We see in this example not only the reciprocity between husband and wife but how other stressors effect each of  their functioning, the wife’s mother’s death, the husband’s work pressure, the criticism of the husband by the wife’s family. This doesn’t mean that alcohol dependency hasn’t become a problem of its own for the husband, however the stress existed in the system before the husband found a way to diminish it.

Dr Bowen found that the most effective therapeutic outcomes of treating addiction occurred when he directed the therapy to members with the most resourcefulness- the ones who had the most potential for modifying their functioning. Often the symptomatic individual is not the most motivated family member, he/she in fact might be the most vulnerable one to absorbing the family’s stress load. When it is possible to modify the interactions in the system the alcoholism or drug addiction is often alleviated even though the symptomatic one may not have been part of the therapy.

The concept of differentiation in Bowen Family Systems Theory has to do with self, not others. When people are able to turn the focus back on themselves and see the contribution they are making to maintaining the relationship disturbance they can change the part they play in keeping the problem alive. A person motivated to examine and work on their position in the reciprocal interactions in a family can help to change the system. If any member of the family can become calmer he/she will be able to lead the family out of reactivity and toward solutions.

My approach to addressing symptoms of substance use disorder:

Working with the symptomatic individual

Working with couples with a symptomatic partner

Working with the family/important people in the symptomatic individuals’ life