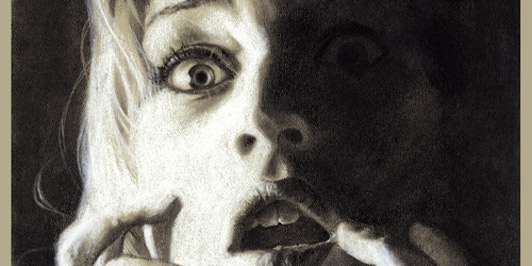 We all experience anxiety from time to time, it is a natural condition of being alive. Anxiety is our response to a threat, real or imagined, and exists on a continuum – from a short lived spike in heart rate to a paralysing stress response. It is normal for us to respond to danger, it is what has kept us alive for millennia and part and parcel of our biological evolution, however when we chronically react to something that is not really there as if it was really there we run the risk of becoming symptomatic.

There are two distinct types of anxiety, acute and chronic. Acute anxiety is the anxiety of what is, chronic anxiety is the anxiety of what might be. Acute anxiety generally occurs as an appropriate response to a stressful event, we are chased by a thief in a dark alleyway or we encounter a snake on a bush walk, and we go into a fight, flight or freeze response. Our heart rate increases, we release adrenaline and cortisol (stress hormones)- we prepare for survival. People usually adapt to acute anxiety pretty well. Chronic anxiety on the other hand, usually occurs in response to imagined threats and exceeds people’s ability to adapt to it.

Real events may initially stress an individual, a couple or a family, for example, a child leaving home or a husband who has been made redundant, however when chronic anxiety has taken hold we know we are in the midst of a reaction that is bigger than the event at hand. When we are awake at 3 o’clock in the morning worrying about whether our manager will like our presentation the next day or not, we are most likely experiencing physiological arousal similar to being chased by a lion yet nothing is objectively happening, there is no imminent danger. Our heart is beating fast, our palms are sweating, adrenaline and cortisol are swimming through our blood stream, our blood pressure increases, we are ready to run and yet there is no one there except our vivid imagination. We can live with chronic anxiety for years, and this can drain us, we can become fatigued by an over stimulated adrenal and nervous system and live in a constant state of anxiety and physiological arousal.

Learning to distinguish between the fear of what is and the fear of what might be helps us bring awareness to this common human phenomenon. For example, the anxiety a father has around his son’s academic achievement may be appropriate- his son’s high school teacher favours girls and is a bully, the son’s education is in real jeopardy and the father wants to take some action by means of talking to the school principal. However, the anxiety a father has around his son’s academic achievement may have more to do with his own childhood – the father’s parents lost the family home in a financial crisis when he himself was in high school, they had to work long hours to make ends meet, he had to help with housework and raise his younger siblings and as a result he did not get the grades he needed to get into the profession he wanted. Whenever his own son gets a less than average result at school he automatically becomes anxious, he scolds him, he tells his son ‘it’s not good enough’ that he could do better, he gets a tutor to help him, he is not allowed to see his friends on the weekend because he has to stay home and do his homework. This is an example of  how the father’s reaction emerges from the fear of what might become of his son later in life rather than a reaction to the son’s grades right now. The son is getting good enough grades, yet the father’s anxiety shapes his perception of his grades as ‘not good enough’, he must ensure his son always gets excellent grades, he is scared his son will end up like him.

This anxious attempt to parent our children differently to how our parents parented us or to try to protect our children from the problems we ourselves faced in early life is an example of chronic anxiety. We are reacting to our parents rather than working out for ourselves how we want to parent our children. The reality is that the anxiety with which we approach the issue (in this case the son’s school grades) is disproportionate to what is actually happening, there is a sensitivity to this particular issue and we are not aware of it, we are often blinded by it, we are in fact often convinced we are going about it with the right amount of intensity. However, the son will be impacted by the father’s intensity in relation to this issue. The son’s sensitivity to how the father responds to his grades will either prompt him to try harder to please the father or he will want to rebel against the father, either way the child is responding to the anxiety with which the father is approaching the issue. The son does not act as a free agent- he may or may not care about getting good grades but his behaviour is shaped by how the father feels about him getting good grades. If the son doesn’t become aware of this pattern of reciprocity between him and his father before he has his own children he may continue to be sensitive to the issue of grades in his own children. He may become anxious when his children show frustration with school work and he may direct his anxiety toward attempting to keep his children “happy” by praising them even when they get low grades or by always allowing them not to do their homework to ensure they don’t feel pressured. This of course would be a behaviour informed by the unresolved issue with his own father rather than by what he actually thinks about homework, about grades or about his job as a parent.

Anxiety increases people’s experience of being overwhelmed and isolated whilst their wish to lean on someone to take the load off often increases. The more people experience anxiety the more they crave closeness and connection yet at the same time the less tolerant they become to each other’s differences. As anxiety increases people are less able to permit each other to be who they are.

When we become aware enough to distinguish between acute anxiety and chronic anxiety we become freer to make decisions that emerge from our own values not necessarily those of our parents’ or society. We can think for ourselves and become more thoughtful rather than continuing to behave automatically. As we learn to take responsibility for regulating our own anxiety rather than relieving ourselves of it by getting someone else to agree with us we also become more able to allow others to be who they are.

My approach to working with anxiety

Working with the symptomatic individual:

Working with a couple or family