Mothering- the dance of connection 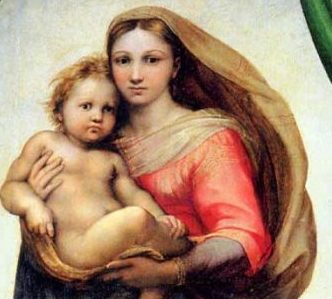 Almost all daughters feel disappointed with their mothers at some point, because nobody can live up to the impossible and exhausting expectations that accompany mothering. Your daughter’s mistake will probably be to assume that she’s going to get it ‘right’ when she becomes a mother herself, rather than questioning gender roles and the job description itself.

Expect your daughter to be upset not only with your imperfect mothering but also because you didn’t see options to live your life or conduct your relationships differently. Some of your daughter’s complaints will be true, since you can’t possibly get it right all -or even much- of the time.

Remember, your example will last a long time. One great gift a mother can can give her daughter is to live her own life as well as possible. To do so is a gift to her son- and herself- as well.

When I was pregnant with my first daughter a lot of my thinking went to making sure I did not repeat the mistakes my parents made. I read books in the hope I would be guided in how to be a better mother. I was so anxious about my daughter experiencing any of my early childhood distress that by the time she was born I had decided I would become the best mother I could be. I joined an attachment parenting group- it was early days in attachment parenting back then, but I felt deeply supported by the other parents’ shared values- largely gathered from the attachment literature I was reading.

The problem was not attachment parenting, nor attachment theory, but my anxiety. An anxiety which fuelled the drive to make sure my daughter had no anxiety. Catch my drift? The result: I was anxious and therefore my daughter absorbed my anxiety. But! I never left her to cry alone, I bought a new king size mattress so I could co-sleep with her, I breast fed until she was three, I carried her in an organic cotton hug-a-bub everywhere I went, and I bought a rocking chair so she could sleep on my body in the day, feel my heart beat, my body heat- all evidence based stimuli which helped a baby regulate, feel safe, calm, settled. Was she settled? Yes, very. Did she experience early childhood trauma? No. Did she experience separation anxiety? No. Was she able to self-regulate? No. The more available I was, the more my availability was driven by an anxiety that derived from my own history, the more she became dependent on me regulating her.

Whilst the first year with my first baby was a profoundly nurturing one- life slowed down, I followed her rhythms rather than imposing mine on her, we bonded and co-existed in a bubble of mother-daughter symbiosis- the rest of my life took a step down. This was okay until I realised that my focus was on her more than on my own functioning. After a while, the attachment parenting regime that I had set up for myself landed me in fatigue, irritability and gradually, isolation.

When the focus becomes the management of other versus the management of self we have lost our equilibrium in a relationship. We have started to function for the other more than for ourselves. We have started to function for the other in order to soothe ourselves. If my daughter was settled I felt settled. If she was unsettled, not only was I unsettled but I also began thinking I was not a good mother, that she was experiencing stress just as I had as a baby, which fuelled the anxiety of making sure she was never unsettled.

Of course this is relative when we are talking about babies and children. There is a level of regulation and functioning-for-other that we must do as mothers, a functioning-for which is age appropriate. It’s just that the balance tipped for me with the focus on my daughter taking precedence and with me beginning to experience symptoms (fatigue, loneliness, irritability) because I was too anxious to function less for her and function for myself instead.

It took me a long time, several years in fact, to figure out that functioning less for her would paradoxically give her the space to build resilience and the opportunity to learn to self regulate. This felt counter-intuitive for me, with my automatic tendency to lean into her and pick her functioning up for her needing to be brought into awareness.

In reflecting on anxiously focusing on my child, I considered the words of psychotherapist and scholar Harriet Lerner:

Whenever you find yourself worrying about your child, try to reflect on the other emotional issues and relationships in your life, both past and present, that may be revving up your anxiety and that may need your attention. Admittedly, this is a large challenge, and you probably don’t even have time to do the laundry. But focusing your primary worry energy a bit more on yourself, your adult relationships, and your own life plan can be good for you, and it will protect your child from absorbing too much of your anxiety.

Murray Bowen, family therapist and researcher, wrote about the development of the self of the child in relationship to the primary carer (in most cases the mother):

“Probably there is nothing in human nature more resonant with charges than the flow of energy between two biologically alike bodies, one of which was lain in amniotic bliss inside the other, one of which has laboured to give birth to the other. The materials are here for the deepest mutuality and the most painful estrangement”

Anxiety, Stress and Depression through the Social Brain
January 8, 2018